The Fondazione Telethon foundation is one of the most important Italian charities. Since 1990, on behalf of a community of patients, its goal has been to work towards a cure for rare genetic diseases by financing excellent biomedical research. A key role in supporting our activities comes from the contributions from society: local volunteers, partner companies and donors who each help our research and progress towards finding a cure.

HBG Gaming, alongside the Agenzia delle Dogane e dei Monopoli, the Italian Customs and Monopoly Agency, and other sector operators, is participating in the “Il gioco fa rotta sulla ricerca” (gaming towards research) project, which over the years has raised over 5 million Euros towards research into spinal muscular atrophy, co-ordinated by Dr Claudio Sette at the University of Rome Tor Vergata.

HBG Gaming also supports Telethon through other annual initiatives which we will outline below.

HBG Gaming has chosen to raise the awareness of its employees on Telethon’s mission by purchasing and distributing delicious “Cuori di biscotto Telethon” biscuits in its break areas, allowing employees to share Telethon’s goal: “Io sostengo la Ricerca con tutto il cuore” (I support research with all my heart) during their coffee breaks

After the success of the previous year, HBG Gaming once again invited its employees to participate in the Walk of Life Rome 2014 edition, which saw an even larger and more enthusiastic participation. 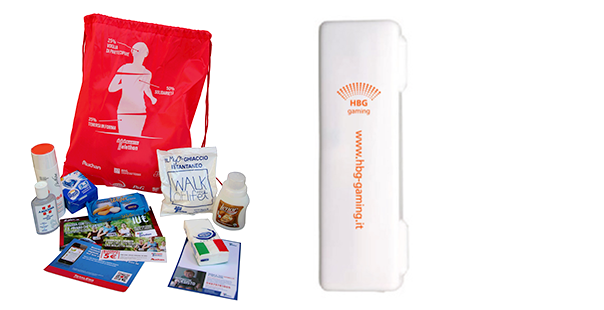 This year HBG Gaming, as local partner, contributed to the race pack for the Rome stage by giving away kits with travel toothbrushes and toothpaste.

Christmas was another occasion for HBG Gaming to show its support for Telethon’s initiatives, taking the chance to send all its employees season’s greetings with a fun E-Card which shows all the joy of life of some of the children affected by genetic conditions for whom Telethon is working so hard.

For the first time, HBG Gaming took part in the Walk of Life Rome 2013 edition, an event which brings a strong message of solidarity to the area in order to raise funds for scientific research into genetic diseases with the goal of providing concrete care for everybody affected by them. By participating in Walk of Life, HBG Gaming helped educate its employees and their families on Telethon’s mission. 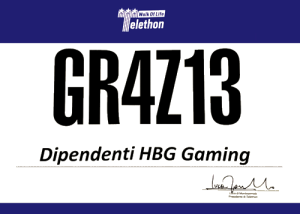