HBG Gaming will sponsor the “Report on the Blind” concert for the July dates in Forlì and Udine. This is a concert conducted by Alvise Casellati, an emerging talent in recent years, in
which John Malkovich will serve as narrator. A Hollywood legend, Malkovich will be attuned with the thoughts of an Argentine writer and activist, Ernesto Sabato. The monologue finds the perfect mirror in the music of Schnittke, among a profound harmony
of piano, voice and orchestra.

HBG Gaming relates to the thinking of French economist Thomas Piketty, quoted by Roberto Orsi, director of Osservatorio Socialis, according to whom the world is undergoing profound change and is looking for a new, more mature, sustainable and transparent economic vision. For this reason, it is participating in the second edition of Dizionario CSR (CSR dictionary), using the word “SQUADRA” as the corporate social responsibility theme.

“A team is the sharing of goals and strategies where the different abilities of the members making up the team work together for the common good“.

The talk by Giuseppe Calzolaio, CEO of HBG Gaming. 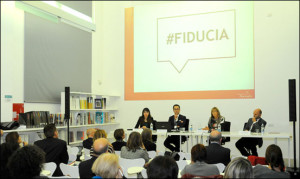 Our TEAM is at the centre of the company

“HBG Gaming is well aware that the fruits of its success are due to its team. In a team, each person, each individual, brings their own contribution, enthusiasm and energy, and with it their own sacrifices in order to achieve a common goal. Ours is a young group, at less than 15 years old, and since 2014 we have been voluntarily working on corporate social responsibility by publishing a CSR report and putting the value of people at the centre of this report. We have 640 employees, half men and half women; it is a team with an average age of less than 37, and 90% of them have permanent contracts – something which really goes against current trends in Italy. Moreover, in the last two years we have increased the number of employees at our headquarters from 85 to 157 by bringing in new graduates, young talent; this is something we are very proud of“.

Link to the interview

HBG Gaming proves its concrete commitment to CSR once again by promoting the values of the FIABA ONLUS non-profit association, which it has been supporting for three years.

HBG Gaming donated 21 monitors to the Istituto Comprensivo Via De Finetti institute which had suffered the theft of furniture, computers and teaching equipment the previous spring, allowing the school to immediately get back to teaching and developing its pupils’ digital skills.